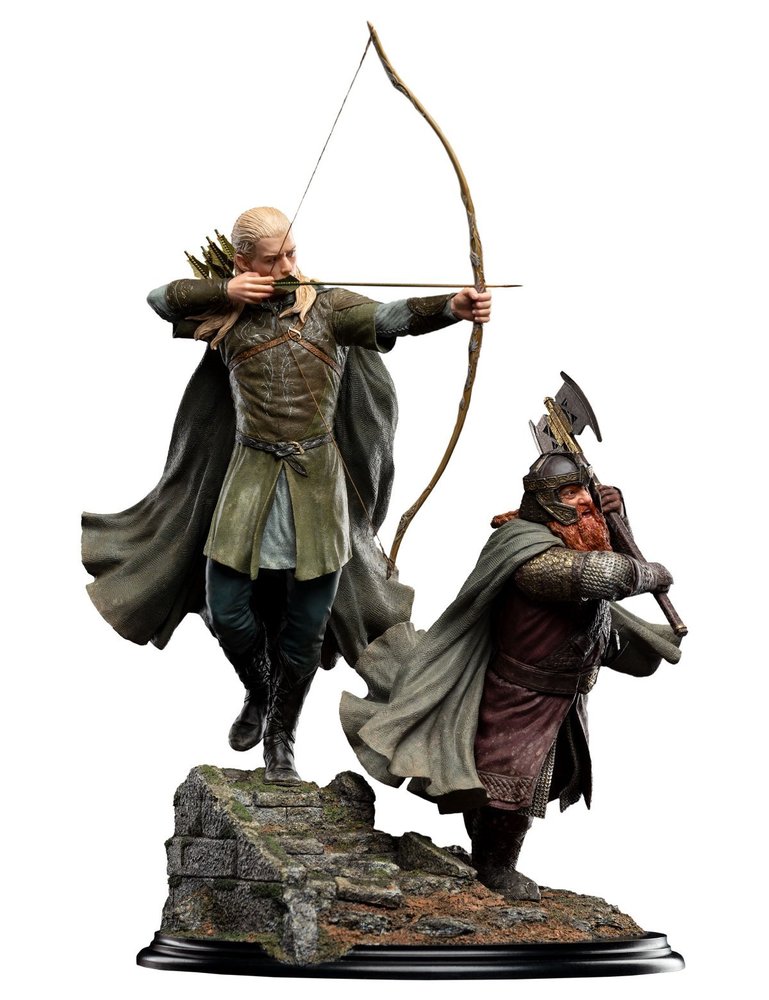 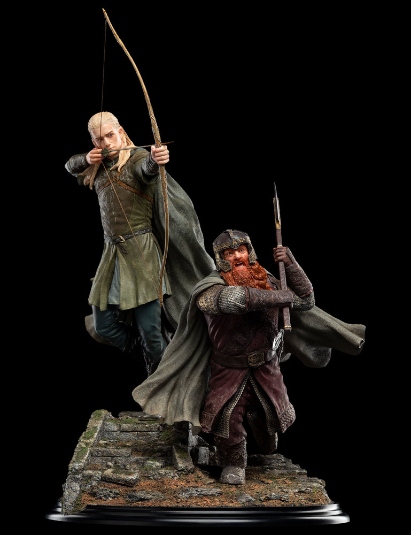 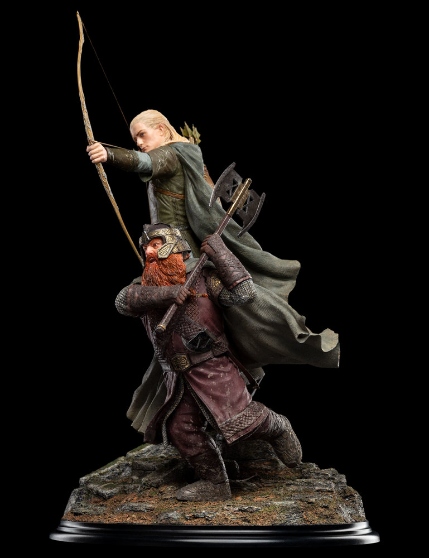 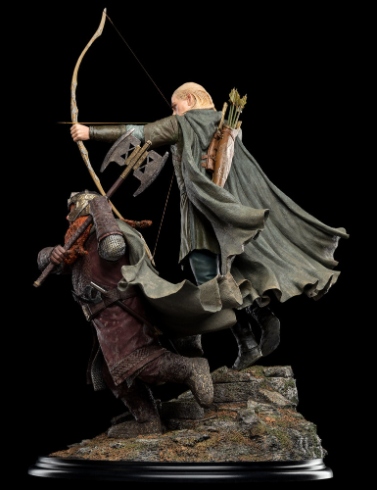 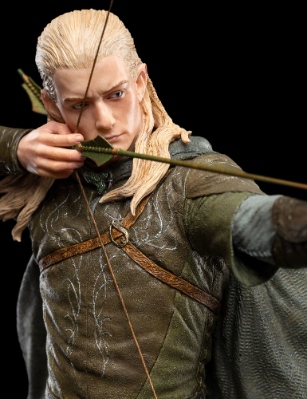 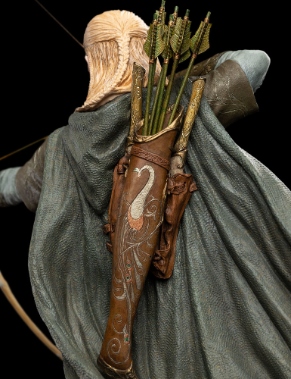 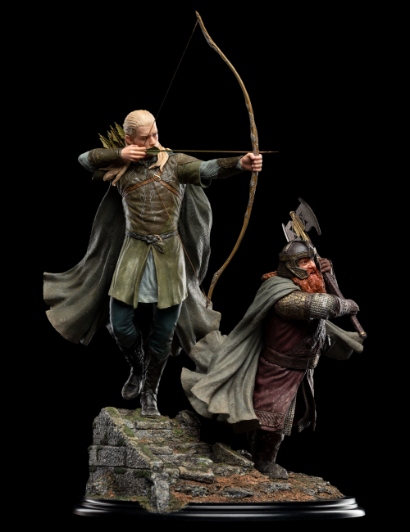 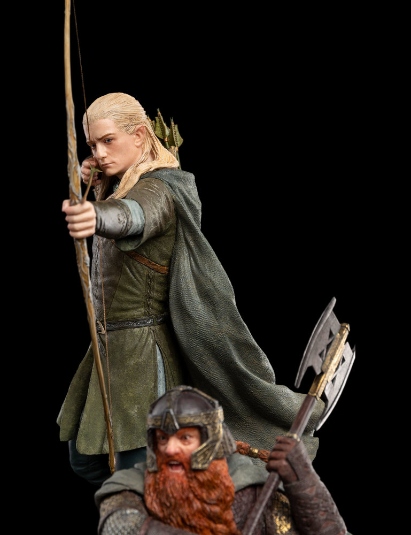 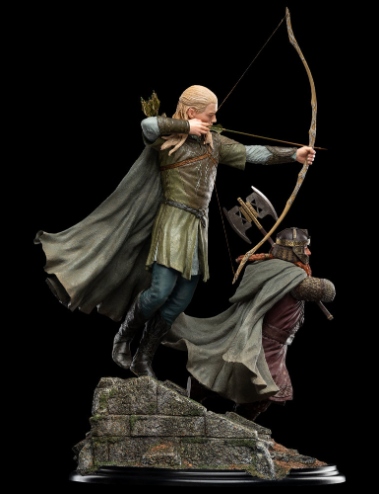 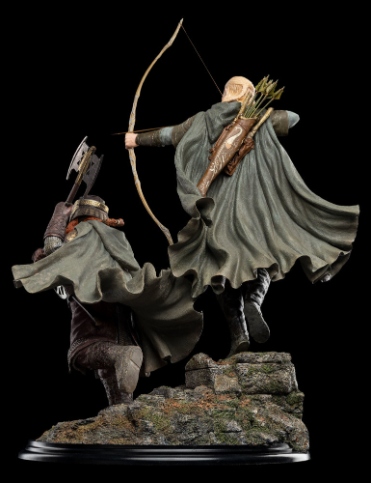 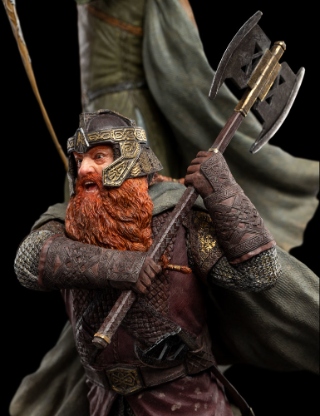 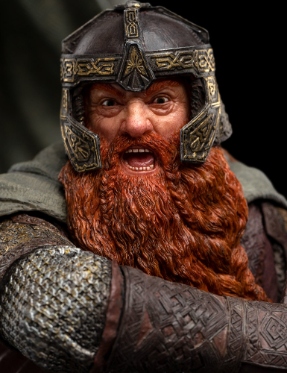 The Lord of the Rings - Legolas and Gimli at Amon Hen 1:6 Scale

While altruism and duty informed his choice, Gimli the Dwarf was compelled to join the Fellowship of the Ring to answer the presence of Legolas the Elf as much as any other reason.
1:6 scale statue - Limited Edition of 950
Size: 27 cm x 46 cm x 32 cm

While altruism and duty informed his choice, Gimli the Dwarf was compelled to join the Fellowship of the Ring to answer the presence of Legolas the Elf as much as any other reason.

Representing the Dwarves of the line of Durin at the Council of Elrond, Gimli would not see the One-Ring of Power travel in the care of an Elf whose people he deemed responsible for the mistreatment of his own kind. Enmity had discoloured the history of relations between Elves and Dwarves in ages past, and while they had also been allies at times their two kindreds were always rivals.

Thus began the unlikely companionship of Gimli, son of Gloin, and Legolas, Prince of the Woodland Realm. Through trials and hardship on the long road toward Mordor mistrust gradually softened to a begrudging respect for one another. By the time the Fellowship faced its final test at Amon Hen, the seeds of what would grow into a lasting and famous friendship had begun to sprout.

Separated as they scoured the woods of Parth Galen for Frodo, the Fellowship was surprised by Uruk-hai with orders to capture the Halflings. Legolas, Gimli and Aragorn found themselves apart from their companions, forced to fight side by side and back to back against a seemingly unending advance of the big, long-limbed and thick-armed Orc-folk from Isengard. Unafraid of daylight and stronger than lesser Orcs, the Uruks were dangerous foes in such great number, but the Dwarf and Elf fell into a quick rhythm, their very different fighting styles complementing each other as they hacked their way to their companions.

Limited Edition Size To Be Confirmed;

Made from high-quality polystone;

Features Legolas Greenleaf and Gimli, son of Gloin, on one base;

Scene from the fateful battle at Amon Hen;

Sculptors’ reference include screen used costumes and weapons from the film;

Created in celebration of the LOTR 20th Anniversary.

This is a preview of the recently viewed products by the user.
Once the user has seen at least one product this snippet will be visible.

We use cookies to provide you a better user experience.

We use them to store info about your habits on our website. It will helps us to provide you the very best experience and customize what you see.
By clicking on this banner, you give us permission to collect data.