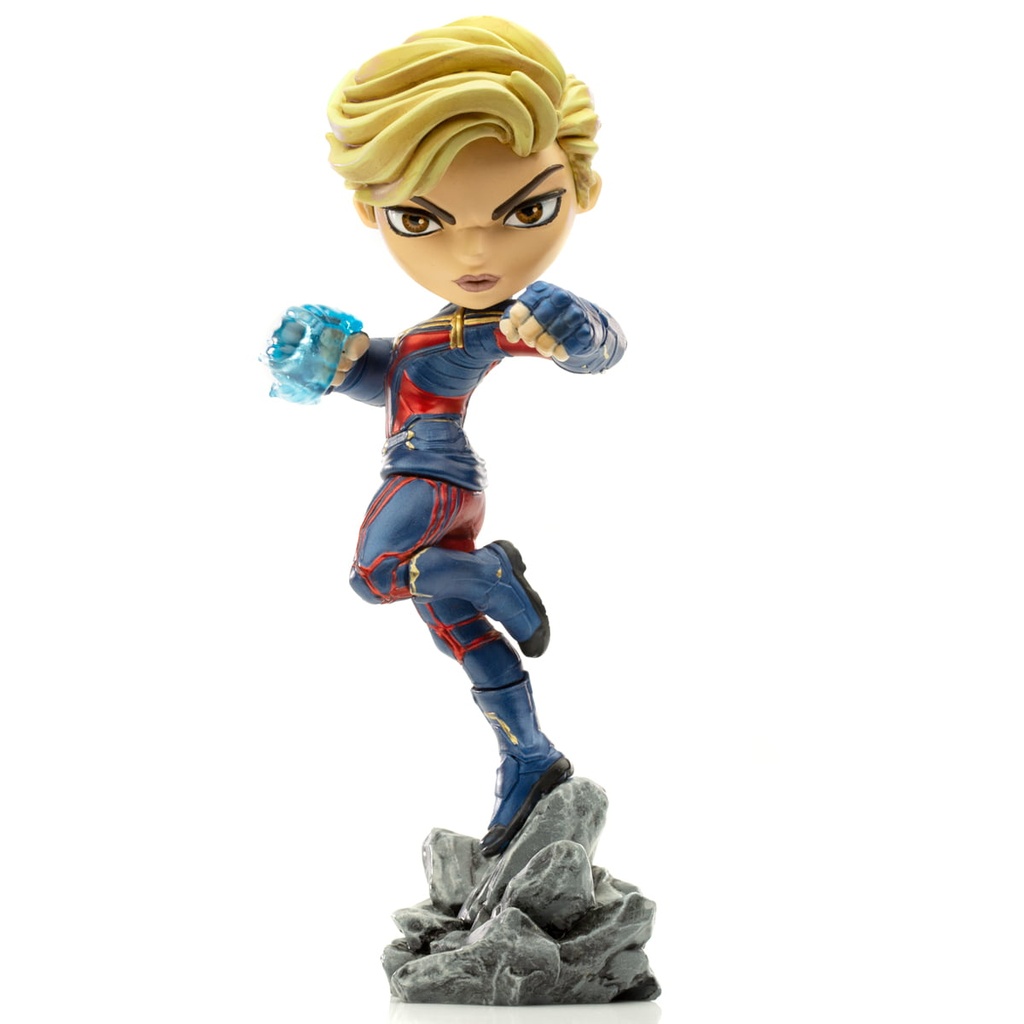 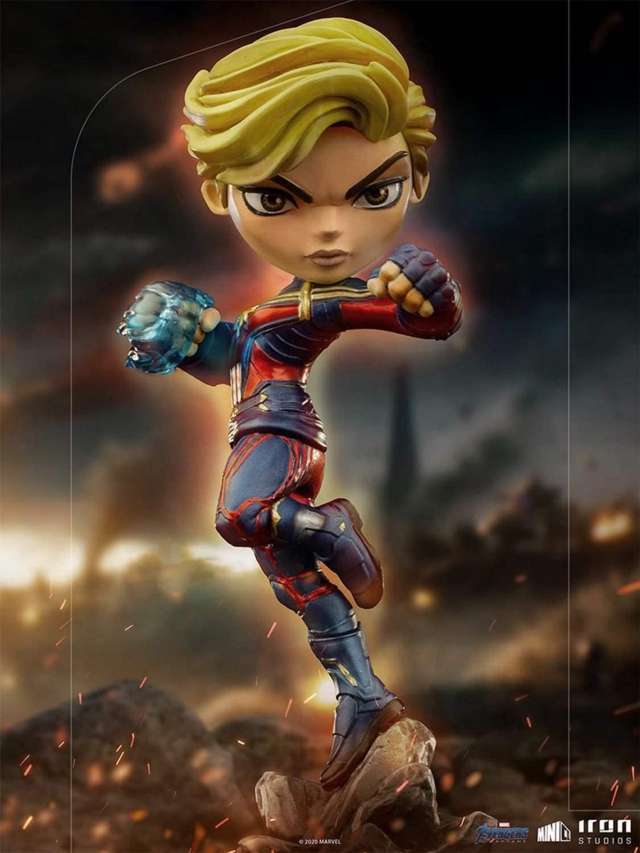 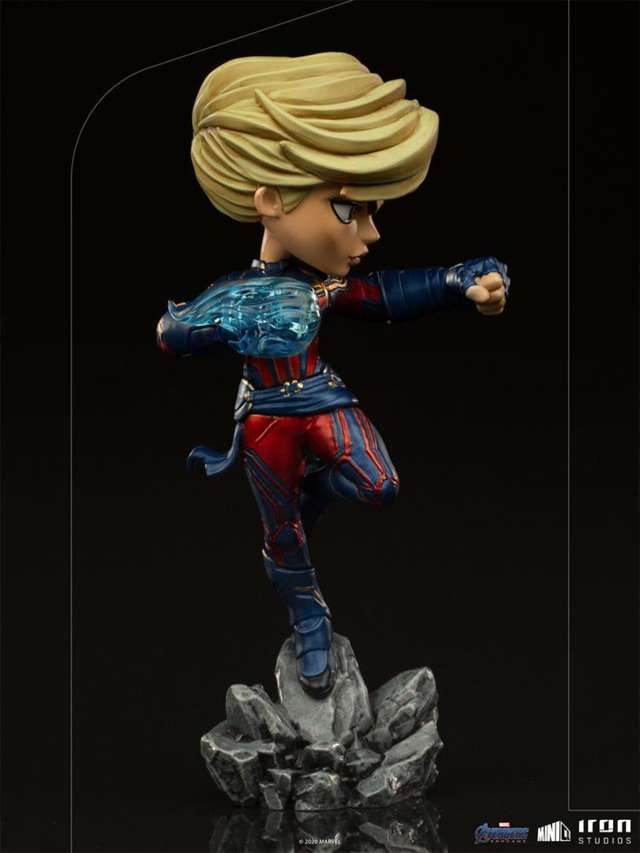 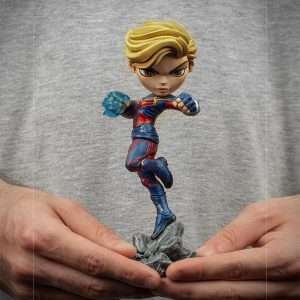 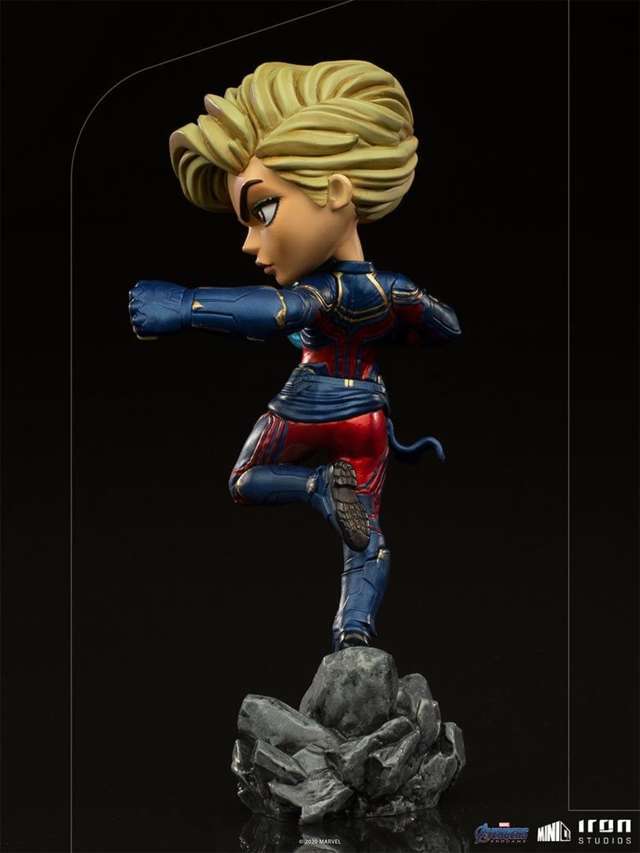 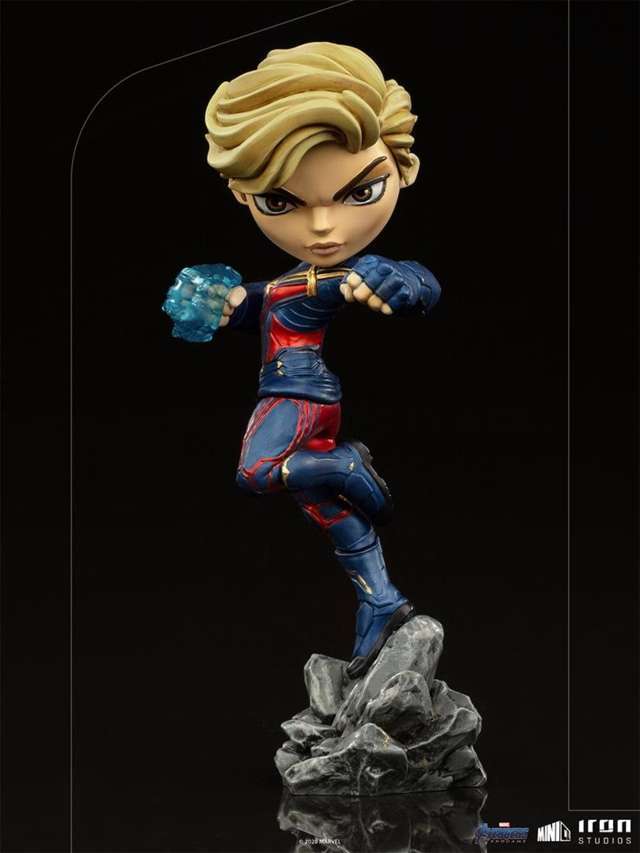 The ”Captain Marvel – Avengers: Endgame – Minico – Iron Studios” statue features the cosmic heroine in the stylized Toy Art version by Iron Studios, played in theaters by actress Brie Larson since her 2019 solo film, released to add yet another powerful female figure in the collection.

Carol Danvers, an official US Air Force pilot, was pronounced dead in the late 1980s after her plane crashed. Danvers absorbed the energy from the explosion, gaining superpowers, but was rescued by Yon-Rogg, an agent of the Kree alien race and in the process she lost her memories. Called only Vers, on the planet Hala, capital of the Kree Empire located in a distant galaxy, she was trained as a warrior and became part of Starforce, a paramilitary force. Back on Earth, she regained her memory and develops her full powers, discovering that she was in the middle of a galactic conflict between two alien worlds. With superhuman strength, the ability to fly and projection and energy absorption, she began her heroic career named Captain Marvel. In Avengers: Endgame, after rescuing Tony Stark from space, Carol teams up with Earth heroes to fight Thanos.
In comics, with a different origin, she was created by Roy Thomas and Gene Colan in 1968, as Carol Danvers, and Miss Marvel in 1977, becoming a member of the Avengers and also acting alongside groups like X-Men, Starjammers, Thunderbolts and S.H.I.E.L.D.

This is a preview of the recently viewed products by the user.
Once the user has seen at least one product this snippet will be visible.

We use cookies to provide you a better user experience.

We use them to store info about your habits on our website. It will helps us to provide you the very best experience and customize what you see.
By clicking on this banner, you give us permission to collect data.